WHY CHAMISA HAS NO VICE PRESIDENT 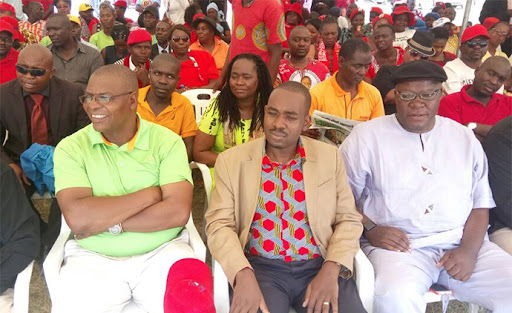 ...A CLOSER LOOK AT THE POSSIBLE CANDIDATES WITHIN THE MDC ALLIANCE from left, Welshman Ncube, Nelson Chamisa and Tendai Biti: Picture credit, NehandaRadio NELSON Chamisa, presidential candidate of the MDC Alliance in April stated through some of his officials, that a Vice President and therefore running mate, would be named soon. Five days before the elections, there is still no running mate in sight and there is serious doubt that one will be named. What however is surprising is the fact that no one within the Alliance is finding this odd. Chamisa must have made a deliberate decision that he will not name a VP and runing mate. What could have been the factors at play? In Kenya, Uhuru Kenyatta ran for President in 2013 under the umbrella of Jubilee Alliance with his running mate being William Ruto of United Republican Party (URP). People knew what that meant as Ruto would bring his Kalenjin vote to join forces with the Kikuyu vote for Uhuru in that country’s ethnically
Post a Comment
Read more

RESIST THE POLITICS OF POLARISATION

The two presidential candidates from Left Nelson Chamisa, and Emmerson Mnangagwa  LAST week I read a post which suggested that; "Cataract is the third major cause of blindness. Religion and Politics remain the first two." This assertion rings true in the case of Zimbabwe two weeks ahead of a watershed election pitting Zanu PF's Emmerson Mnangagwa or ED as he is popularly referred to and Nelson Chamisa who goes by the moniker Nero who is the MDC Alliance candidate. The two heavyweights are vying for the presidency. Both political figures are bringing something fresh. However, their supporters are unwavering in the sense that they neither hear or see no evil perpetrated by their candidate. What is of major concern is the growing intolerance of the supporters of these two presidential candidates. Those who hate ED hate him to the core and cannot see anything good in him and the same goes for the charismatic Nero. It is important that the leaders do not fan these
Post a Comment
Read more

Can Thokozani Khupe take us to Canaan Thokozani Khupe addressing a rally, pic credit Bulawayo24   One thing that I learnt when I was covering the United States of America's 2012 election which was won by Barack Obama was that it is possible for politics to be about issues and not about individuals. This experience also taught me that as the media we also play a pertinent role in the democratic process of election by speaking truth to power and by covering all electoral candidates without fear, favour and prejudice. Our role is that of informing the masses about the candidates so that they can make an informed decision come 30 July in the case of Zimbabwe. This week my focus is on a presidential candidate who will be running on the MDC- T ticket. Born on November 18, 1963, in Bulawayo, Thokozani Khupe is not a novice to the world of politics. Profile Having represented her party at both Parliament and Presidium, she comes in with a wealth of experience an
Post a Comment
Read more 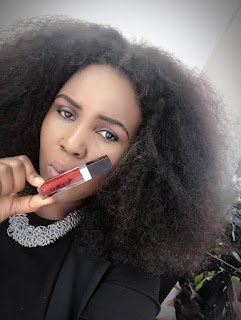 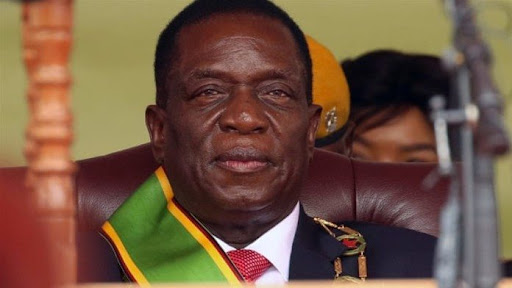 ... Mnangagwa needs this election more than anyone else Zimbabwean President, Emmerson Mnangagwa We are three weeks away from the watershed elections pitting the main political parties of Zanu PF and the Movement for Democratic Change (MDC), headed for the first time not by Mugabe and Tsvangirai, but by Emmerson Mnangagwa and Nelson Chamisa, through circumstances that are now well known to all. While there are other smaller political formations contending for power, these two are the ones with significant relevance to the bigger national scheme of things. Why the unfolding behaviours of the contending players Matter The behaviours of the main political parties and their leaders are interesting by their  contrasts and quite telling of their political styles and motivations towards the election. Zanu PF is on a charm offensive, exuding a sense of calmness, chameleonic caution and sobriety uncharacteristic of the feared ruling party. They are preaching peace, promising
Post a Comment
Read more 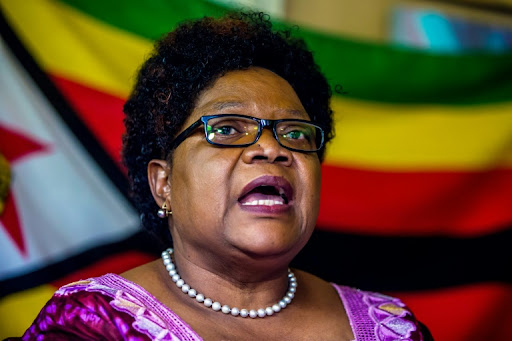 Former Vice President Joice Mujuru is among the 16 candidates vying for the  Zimbabwean presidency   IN About 40 days, Zimbabweans will participate in a watershed election which will usher the Southern African nation into a new phase following the ouster of former president Robert Mugabe who clung onto power for 38 years. This election is hi storic in the sense that it will be the first where Mugabe and the late MDC-T leader Morgan Tsvangirai will be taking part in, rather this election is mainly about newcomers both in the presidential, parliamentary and council seats. This election is special as we even have 16 candidates vying for the highest post in the land. The election comes at a time when the gospel of generational consensus has reached far and wide and can definitely not be ignored. In essence, there is a lot at stake. The election will also put an end to the transitional government led by Emmerson Mnangagwa popularly referred to as ED which came into power
Post a Comment
Read more
More posts