Showing posts from August, 2017
Show All

"I WILL LOVE YOU TILL THE DAY I DIE: 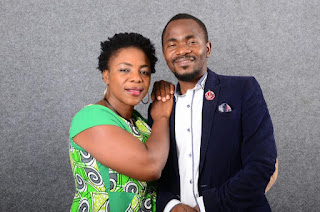 ....IS THIS A REALITY OR A FALLACY? R everend Alec and Rebbecca Matimba founders of Transformational Families impart wisdom on marriage THERE is growing consensus that marriage, an institution established by God at creation in the garden of Eden has no place in today's world. Some now say that a real marriage for all practical purposes should last for about five years and should be terminated thereafter. This hypothesis is based on the spiralling number of divorce cases, domestic violence, infidelity and crimes of passion reported daily. The High Courts in Zimbabwe has of late been inundated with divorce cases which social commentators attribute to the failing economy, lack of communication skills between partners and infidelity. Over the past few years, the High Courts have granted decrees of divorces to many high profile personalities like army general Constantine Chiwenga, Home Affairs Minister Ignatius Chombo whose divorce also shed light into his weal
Post a Comment
Read more

- August 25, 2017
RECENT events following the alleged poisoning of Emerson Mnangagwa, once regarded as President Robert Mugabe's blue eyed boy and heir apparent to the throne of Zimbabwe reveal that his political stake is much higher than Zanu PF ever realised. The involvement of the army in the welfare of Mnangagwa since the unfortunate incident seems to send a message to all and sundry that the vice president is now under army protection, and it would be in the interest of Mugabe to take heed the tell tale signs of who holds the balance of power in Zimbabwe. It is a public secret that whoever has control of the security forces in Zimbabwe has full control. After all, he who pays the piper detects the tune. When Mnangagwa fell ill, it was the army who chartered a helicopter which flew him to South Africa where he received treatment. And more interestingly is the fact that he was accompanied by general Constantine Chiwenga's wife Mary and Dr Paul Chimedza. Mrs Chiwenga's involveme
Post a Comment
Read more